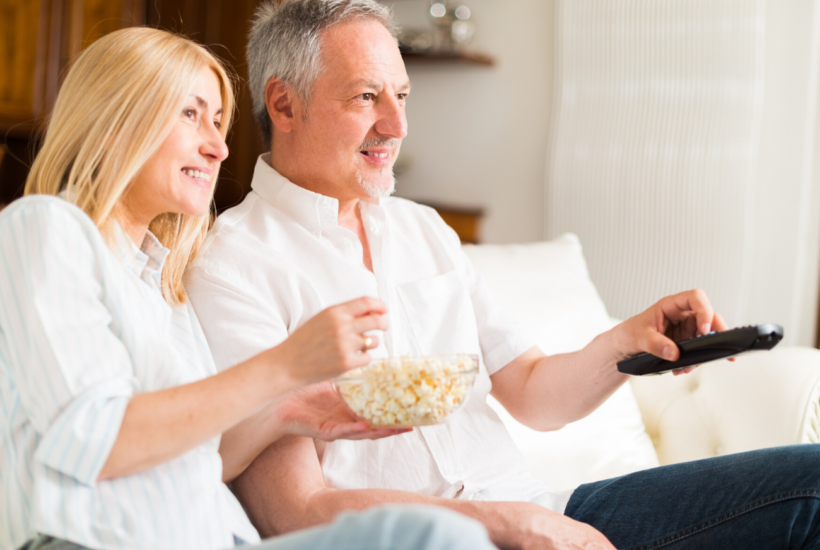 If you’re in the mood to watch a romantic feel-good movie, you’ve got to check out this list. These films are guaranteed to put a smile on your face, lift your spirits, and warm your heart.

This post contains some affiliate links for your convenience (which means if you make a purchase after clicking a link I will earn a small commission but it won’t cost you a penny more)!  Read my disclosure policy for more information.

A Walk in the Clouds

This film gives you everything you want in a feel-good romantic movie: breathtaking scenery, beautiful music, a compelling story, and wonderful characters. Keanu Reeves stars as Paul, a married US soldier returning from World War II who meets a single and pregnant woman, Victoria (played by Altana Sanchez Gijon). Paul offers to pose as her husband for a few days to prevent her from dealing with her family’s disapproval and her strict father’s wrath.  The movie also stars Anthony Quinn as the lovable grandfather. (1995, PG-13)

Ever After: A Cinderella Story

Drew Barrymore stars as Danielle in this delightful retelling of the beloved Cinderella tale. This is not your typical Cinderella movie. Danielle is an intelligent, caring, and independent woman who wins the heart and admiration of Prince Henry (Dougray Scott). Angelica Huston does a wonderful job portraying her evil stepmother. This romantic feel-good movie is delightful from beginning to end. (1995, PG-13)

For Playboy, Henry Roth (Adam Sandler) its love at first sight when he meets the woman of his dreams, Lucy (Drew Barrymore). But the next day, when he sees her, she doesn’t even recognize him. He discovers Lucy has short-term memory loss disorder and can’t remember one day to the next. So, each day, Henry creates a different scenario to meet Lucy and make her fall in love with him again. The lengths he goes to accomplish this are hilarious, but his reason for doing so is sweet and romantic. (2004 PG-13)

To win a major ad campaign, Ladies’ Man, Benjamin Barry (Matthew McConaughey), an advertising executive, bets his colleagues that he can make a woman fall in love with him in 10 days.  Unbeknownst to him, the woman he is supposed to woo is magazine writer, Andie Anderson (Kate Hudson), who is writing a story on how to lose a guy in 10 days. Andie has a bet with her boss that if she can date a guy, make him break up with her in ten days, and then write about the experience, she will be assigned more meaningful articles in the future. Despite their different objectives, Benjamin and Andie fall in love. Now they must decide whether to tell each other one about their bet and lose their chance of advancing professionally. Or they can say nothing and win the bet, but lose the one they love. 2003 PG-13

This romantic feel-good movie stars Keanu Reeves, Sandra Bullock, and Christopher Plummer. A doctor moves out of the lake house she was renting and leaves a letter for the next tenant. When an architect moves in, he receives the letter, but it doesn’t make any sense to him. They begin writing to each other and discover they are separated by a few years in time. As they continue their correspondence, a romance develops between them, and they try to find a way to meet one another. (2006, PG)

When timid, Georgia Byrd (Queen Latifah) discovers she has a terminal illness and only has weeks to live, she cashes in her savings and travels to a posh European hotel. There she realizes she has nothing to lose and does things she would never have done, such as snowboarding, ordering everything on the menu, and bungee jumping. The experience makes her no longer afraid to tell people what she truly thinks. And what she discovers is newfound freedom and a love of life. This film also stars LL Cool J and Timothy Hutton. (2006, PG-13)

A 30-year-old Greek woman, Toula (Nia Vardalos) falls in love with a non-Greek man, Ian (John Corbett). The problem is, her parents want her to marry a nice Greek boy. It’s a charming and funny story about the couple’s struggles with her family, heritage, and culture. (2002, PG)

When 25-year-old copy editor Josie Gellar (Drew Barrymore) is offered the chance to be a reporter, she goes undercover and impersonates a student at the local high school. With the help of her older brother, Bob (David Arquette), she transforms from the awkward nerd she used to be into the most popular girl at school. Everything is going according to plan until Josie falls for a handsome, intelligent teacher Sam Coulson (Michael Vartan) As the deadline for her article approaches, Josie must decide whether to blow her cover and lose her job or forsake her chance at love. (1999, PG-13)

John Cusack and Kate Beckinsale star in this romantic movie about a couple who fall in love the day they meet. But the timing just doesn’t seem right. They decide to test fate and see if destiny will bring them back together. Years go by, and they almost cross paths several times but always miss seeing each other. They eventually become engaged to different people. Yet they can’t shake that feeling they’re meant to be together. So, before their weddings, they each decide to give fate one last chance and set off to find their lost love. (2001, PG-13)

8-year old Jonah calls a radio talk show host in hopes of finding a wife for his widowed father, Sam (Tom Hanks). When the host of the talk show asks to speak to his father, Sam ends up telling the story of his amazing marriage and how he misses his wife. Across the country, Annie Reed (Meg Ryan), a newspaper editor, is listening to the radio. She becomes captivated by Jonah’s story and is determined to learn more about him. (1993 PG)

Melanie Carmichael (Reese Witherspoon) has made a successful life for herself as a rising fashion designer in New York City and a handsome, wealthy fiancée (Patrick Dempsey). Her only problem is the husband (Josh Lucas) she left seven years ago. He refuses to sign the divorce papers she keeps sending him.  So, to get the divorce finalized, Melanie decides to go back to her hometown in Alabama and make him sign the divorce papers. But facing her childhood past and her husband isn’t quite as easy as she anticipated. (2002, PG-13)

In Surrey, England, Iris Simpkins (Kate Winslet) finds out the man she is in love with is engaged. At the same time in Los Angeles, California, Amanda Woods (Cameron Diaz) breaks up with her unfaithful boyfriend. Heartbroken and needing to get away, Iris and Amanda switch houses for the Christmas holidays, through a house exchange website.  The house switch causes life-altering changes for both women and provides a new chance as love. This romantic comedy also stars Jude Law and Jack Black. (2006 PG-13)

Previous Post: « Quick Tips to Save Time in the Kitchen
Next Post: The Best Comedy Movies for When You Need to Laugh » 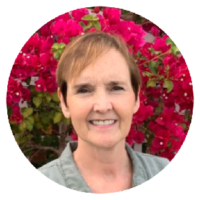